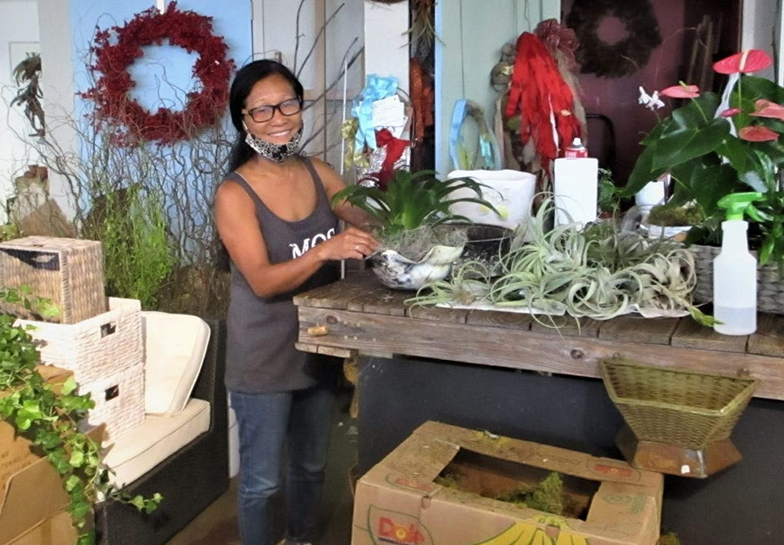 As a child, Lourdes McGuire lived on a small farm in the Philippines. Known as the “Orchid Whisperer,” she is now the owner of MOS in Jacksonville Beach.

She, her mother and siblings moved to the farm owned by her grandparents after her parents divorced.

“In our front yard, we grew our most of own food. We had orchids, avocados and mangoes. When I wanted something sweet, I could get some sugar cane,” she said of her early life. “My grandmother ran a small store on the first floor of the house. That’s where I got my interest in retail. I loved playing storekeeper.”

She and I first met at the iconic Hixon’s Surf Shop in 1980. She worked there seven years as the clothing manager and buyer.

“I even vacuumed the floors,” said Lourdes of her many duties there.

She would go on to help Hixon open two more stores. The first in Arlington closed after a short run and Hixon was invited to be one of the first stores in the Jacksonville Landing.

“Hixon’s Surf Shop carried some 60 lines of ladies’ swimwear. The Limited also opened a store there and I got to know them and they got to know and recruit me,” she said.

She left Hixon’s after seven years and stayed with The Limited the for seven more years.

“It seems like my work life went in cycles of seven years. I got married in 1993 to Mike McGuire. He and his brother, Steve, owned Second Hand Rose in Jax Beach. They did commercial and private landscaping. They also had a large selection of plants we sold to the public.”

Lourdes enjoys telling how MOS got it’s name. A popular line of swimwear at Hixon’s had been Norma Kamali, which changed names when Norma divorced.

“It became ‘OMO Norma Kamali,’ [for] ‘On My Own.’ After seven years at Second Hand Rose, I was getting burned out. That name came from how Mike and Steve would swap out old and weak plants from customers and then bring them back to the nursery. If we could get them healthy, we resold them at a discount,” she said.

Mike decided to sell Second Hand Rose, and Lourdes wanted her own store by then. She wanted to sell plants and help people grow their own gardens.

They bought a prime location on Third Street in Jax Beach, and she thought it must have once been a crack house because it took an awful lot of work to remodel. They would open it on Oct. 26, 2000.

“I kept trying to come up with a name for my own store. I just kept just saying ‘It’s my own store, what should we name it?’ Then, it came to me. MOS. Some people thought it meant ‘Mike’s Out Surfing,’ because that was also true,” she said.

According to Lourdes, the ‘S’ also had a different meaning, but this is a family-friendly story.

Their son, Jake, 23, was born and would become a pro-level surfer. Jake and Mike continue in the plant business at Jax Palm Trees. Jake may take over the business and has already done well enough to buy his own house. Pro surfing is a hard way to make a living. Mike and Jake still surf in their spare time.

MOS moved to it’s current location on 12th Street in 2007. It’s easy to see how much Lourdes loves her work. We stopped talking as a customer came in to have her replant a beloved pot, a frequent delightful situation for her.

The shop is organized into several mini-shops that include art, clothing, terrariums, orchids, distinctive furniture, nifty gift stuff and work stations with supplies for customers to make custom designs.

“Orchids thrive on neglect,” said Lourdes with a laugh as she lists their only needs.

“Water for sure, but let it dry out between waterings. Sphagnum moss, indirect light, like in the southeast corner of a room. Unlike cut flowers, they will bloom for two to three months and then again in nine months to a year later.

“Fertilize them when they are not in bloom. You can even plant them outside in the shade. Temperatures below 50 are harmful. Coolness will make them spike up. That’s it.”

“She knows!” said Trip Porterfield, a frequent customer who was listening to her description as he came in to buy an orchid for his mother’s birthday. 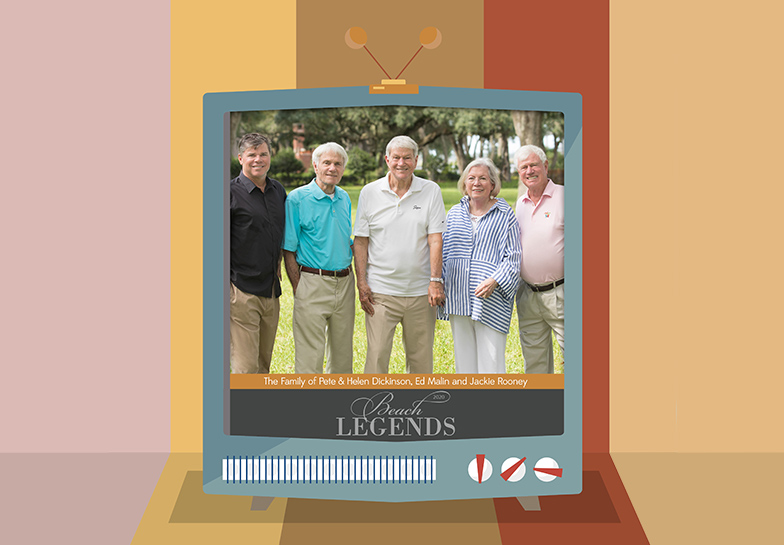 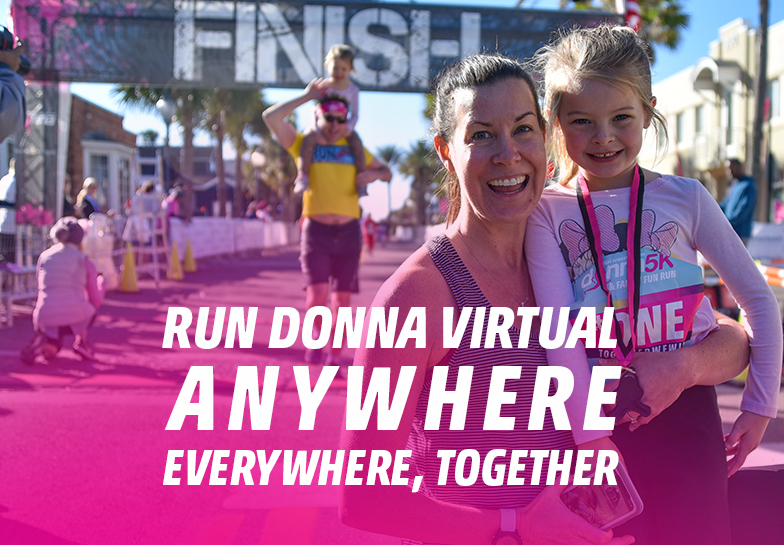 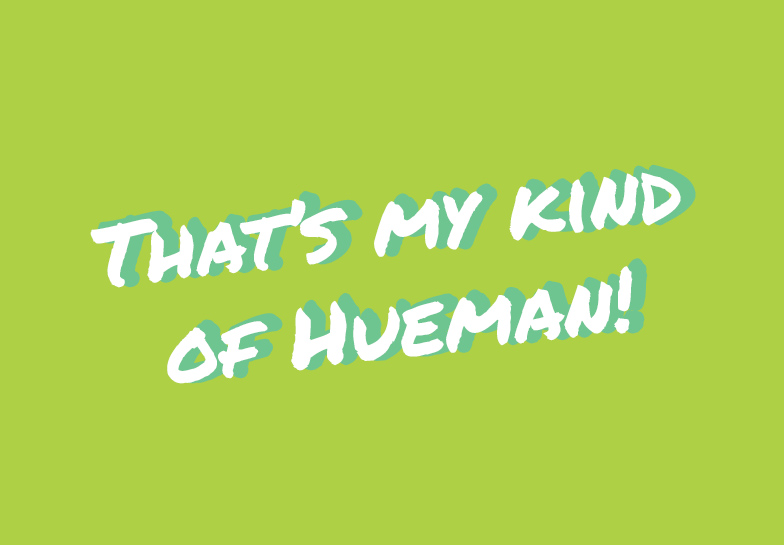 That’s my kind of Hueman!